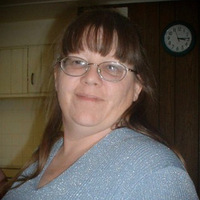 Graveside services will be at 10 am on Thursday, July 23, 2020, at United Baptist Church Cemetery in Campti, LA.

Ginger Keith was born March 29, 1958, to James Walter Davis and Juanita Hudson Davis at Ryukyus Army Hospital in Okinawa.  She attended school in Bay County, Florida.  She married Michael Clanton on March 29, 1976, in Bay County Florida, divorcing later and marrying Audy Wayne Keith in Coushatta, La later divorcing. She worked at Wal-Mart for many years in Natchitoches. One of the notable things was being in the movie Jaws while being filmed in Florida.  She enjoyed needle point and crocheting

Ginger is preceded in death by her parents, James and Juanita Davis and a sister, Deborah Money.

Ginger is survived by her daughter, Melinda Cheatwood and spouse Eric of Campti; her son, Steven Enlow Clanton and spouse Cody of Campti; brother, Tommy Davis of Panama City, FL; grandchildren, Brittney, Hannah, and Michael and a great-grandchild, TJ.