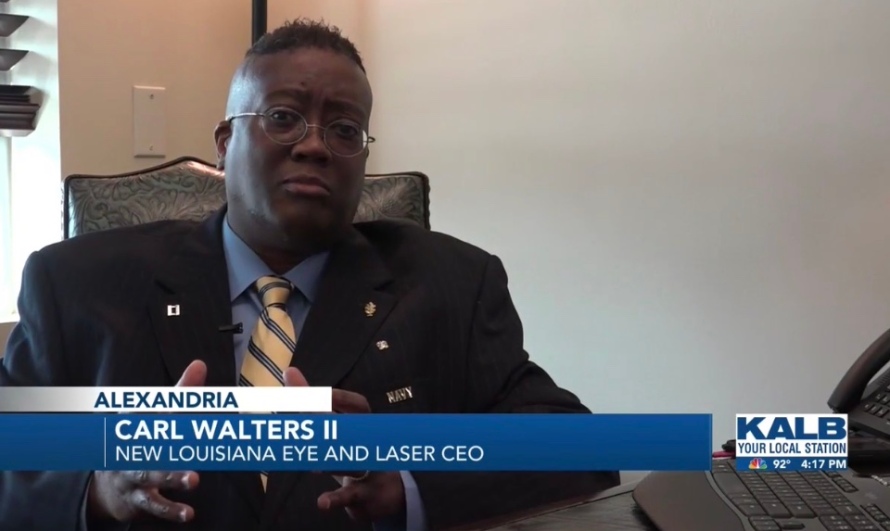 ALEXANDRIA, La. (KALB) – The staff over at Louisiana Eye and Laser are excited to welcome their brand-new Chief Executive Officer.

Carl Walters II is a former U.S. Naval Officer who’s been in health care operations for the past 34 years. He joined the team over at Louisiana Eye and Laser two weeks ago and says he can’t be more thankful for the love and support that’s already been given to him.

Walters II has spent a number of years stabilizing and turning around multi-million dollar integrated health care delivery systems across the country. He was also the former Chief Executive Officer with Outpatient Medical Center Inc.

Walters II is already well connected with the people in Central Louisiana, having relationships with many of the mayors here.

What the new CEO says he’s most looking forward to is building upon the legacy that’s already been established at the eye center, and working with the staff who are dedicated to doing a good job every single day.

“That alone makes my job a lot easier and it’s obviously one of those things that really excites me to come to work with people that want to work hard, that have a history of working hard, and most importantly making a difference in the lives of the patients that we’re privileged to touch,” said Walters II.

Louisiana Eye and Laser has 14 locations across Central Louisiana and sees around 150,000 patient visits per year.

Walters II and his wife are both originally from Utah, but he says Central Louisiana has become their home.