Dr. Michael Snowden selected as NSU’s VP of Diversity and Inclusion | Around The Town 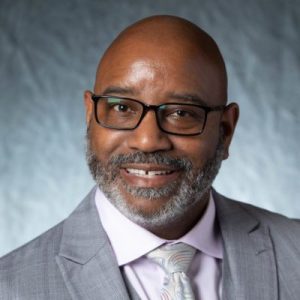 Dr. Michael Snowden has been selected vice president for Diversity and Inclusion at Northwestern State University. Snowden’s appointment was approved by the Board of Supervisors for the University of Louisiana System on June 25.

A veteran administrator and student advocate in higher education with over 20 years of professional experience, Snowden will have a leadership role in creating and coordinating programs and initiatives that will lead to intensified recruitment of African American employees in prominent positions on the faculty and staff and minority students to provide expanded participation and leadership in student government and other organizations and activities at the university.

Snowden is passionate about providing quality leadership in the inclusion space and he has been embraced by senior leadership at Northwestern State.

“This is an exciting time for change in this country,” he said. “I want to remove visible and covert barriers to success, whether that is hosting events that show support for students, having the tough conversations about marginalization, privilege or bias and fostering support for faculty recruitment of underrepresented populations. One of the new terms that has been embraced by the inclusion community is belonging. I want the Center for Inclusion and Diversity to be the leader in ‘belonging.’”

“Northwestern State University established the position of vice president for Diversity and Inclusion as part of ongoing efforts to ensure fairness, inclusivity and equity in every aspect and endeavor of our university,” said NSU President Dr. Chris Maggio. “Dr. Snowden joins NSU with vast experience in fostering an inclusive campus environment, advocating for equity among students, faculty and staff and opening pathways for discussion, learning and understanding among diverse student populations.”

Snowden comes to NSU from McNeese State University where he served as chief diversity officer, ADA coordinator, Title IX coordinator and director of Office of Inclusive Excellence since 2011. In that role, he was responsible for establishing a strategic plan of operation for cultivating a campus culture that embraces diversity, enables inclusion and provides equity to all campus constituents. At McNeese Snowden managed the development and implementation of the affirmative action plan, provided leadership of the university’s equity and inclusion policies for employees with disabilities, anti-bullying, prohibition against retaliation, the Vets 100 report and other requirements related to Equal Employment Opportunity (EEO) policies.

At McNeese, Snowden also managed Title IX administration and compliance with federal and state regulations, served as a diversity trainer for the campus, investigated complaints of discrimination and provided counsel to the president and upper administration. During his tenure he initiated a name change from Office of Equal Opportunity to Office of Inclusive Excellence and established equity and inclusion initiatives such as the Black Faculty Staff Council, Foundations Accounts for Black Faculty Staff Council Initiative, training partnership with DiversityEdu and Bias Incident Report Mechanism.

Snowden was a member of the 2019 University of Louisiana Management and Leadership Institute and the 2013 Leadership Southwest Louisiana Class.

Prior to joining the staff at McNeese, Snowden was director of Multicultural Affairs at Armstrong Atlantic State University (Georgia) from 1999-2011 where he promoted students’ understanding of culture and heritage, educated the campus community on issues of diversity and multiculturalism and created avenues for students to gain understanding of their own culture and heritage. He also implemented the Minority Student Leadership Summit and programs for history focus months, including African American and Native American history.

Snowden served as educational coordinator at University of Minnesota Morris from 1997-99 and was a graduate assistant in the Office of Disability Services at the University of Southern Mississippi from 1994-97.

Snowden is certified in numerous standards and practices related to diversity in higher education, ADA compliance, investigating faculty misconduct and Title IX. Throughout his career he has been involved in service to universities by chairing and holding membership in advisory committees, task forces and review boards focused on retention of minority students, compliance for students with disabilities and promotion of multicultural affairs. He holds membership in numerous professional organizations that provide resources for access, equity and diversity in higher education, has published articles on related topics and presented at conferences around the country, most recently at the past two UL System “For Our Future” Conferences.

Snowden is married to LaRona Johnson Snowden, is dad to three children Carolyn, Jason and Alan and has a dog, Beaux. In his spare time, he lifts weights and listens to audio books.

“I don’t think this job is easy, but, I welcome the challenge of being a transformational figure in the ‘New Normal’ of inclusion, equity and diversity,” Snowden said. “In closing, Fork ‘Em Demons.”