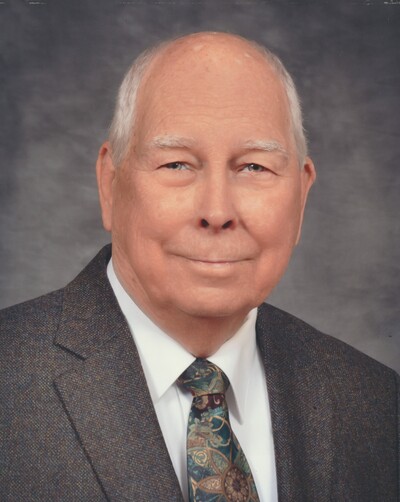 Graveside services for Mr. John Henry McTyre will be held at 10 am on Monday, May 11th, 2020 at the American Cemetery in Natchitoches.
John Henry McTyre went to be with his Lord and Savior on Monday, May 4, 2020. He is survived by his wife, Mildred (nee Eckhardt), his wife of 63 years. They have 3 children – Sharron M. Snapp (husband John), Debra M. McCall (husband Clark) and Steve McTyre (wife Marcia). John has 7 grandchildren and 1 great granddaughter – Emily and Nathaniel Snapp, Ryan and Kylee McCall, Whitney McCall Hierro, Sean and Megan McTyre and her daughter, Dallas Duyck. He is also survived by his sister, Wavalyn Wagley (husband Hershel).
John was born in Kilbourne, LA to Ruth and Henry McTyre on November 8, 1935. He was raised in Natchitoches, where he attended Natchitoches High School, Northwestern State College and the University of Arkansas, in Fayetteville.
After graduation from Northwestern, he served in the military at Fort Sam Houston in Houston, TX in the Medical Service Co. and later in the Reserves for 20 years before retiring as a Major.
His professional career began in New Orleans where he was a Vocational Rehabilitation counselor.
He also worked for System Development Corporation (RAND Corp.) in computer development in Air Defense for the Air Force.
He worked for IBM in Huntsville, AL developing computers for the Space Program, in Gaithersburg, MD on computerizing the Bay Area Rapid Transit program (BART) and in Boca Raton, FL in the development of personal computers.
After retiring, he and Mildred returned to Natchitoches in 2005. He enjoyed sitting on the back porch overlooking the Cane River.
He also enjoyed scuba diving, flying airplanes, coaching Little League teams, sailing, and traveling with an Airstream trailer throughout the US and other countries.
John was a member of the First Baptist Church of Natchitoches, Phoenix Lodge #38 in Natchitoches, Grand Masonic Lodge of Louisiana, Sojourners, Nakatosh Shrine Club, Lions Club, Gideons and Pi Kappa Phi Fraternity alumni.
In lieu of flowers, the family request that memorials for John be made in his name to First Baptist Church of Natchitoches Building Fund, Shriners Hospital for Children in Shreveport, Pi Kappa Phi Building Fund or the NSU Foundation.