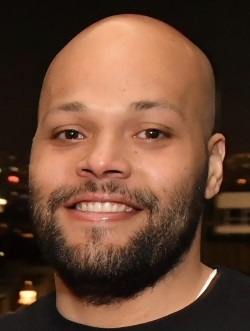 Jace “Moose” Prescott, 31, of Orange, Texas, passed away on April 23, 2020, in Beaumont, Texas.
Born in Lake Charles, Louisiana, on May 10, 1988, he was the son of Nathaniel Prescott and Margaret “Peggy” Prescott. Moose graduated in 2007 from Haughton High School in Louisiana. From an early age he had a passion for sports, especially football and played for Northwestern State in Natchitoches, Louisiana. Moose had a big heart and loved his 11-year-old Rottweiler “Goon”. If you were lucky enough to know him and be his friend, he was a fun-loving human being. Moose will be dearly missed by all who knew and loved him.
He was preceded in death by his mother, Peggy Prescott; grandfathers, PawPaw Glyn Ebarb and Hal Taylor.
He is survived by his father, Nathaniel Prescott; brothers, Rayne Dakota Prescott, Thaddeus Jordan Prescott, and Elliot Prescott; sister, Natalie Prescott; loving girlfriend, Jana Doyle; grandmothers, Mammy Ebarb and Mo Mo T; uncle, Phil Ebarb and wife Stacey; and aunts, Valrie Gilbeaux and husband Troy and Melissa Slusher and husband Bruce.
In lieu of flowers, memorial contributions can be made to Faith Fight Finish Foundation.