NPSO, LSP AND EMS RESPOND TO SINGLE-INJURY CRASH NORTH OF CAMPTI | AROUND THE TOWN 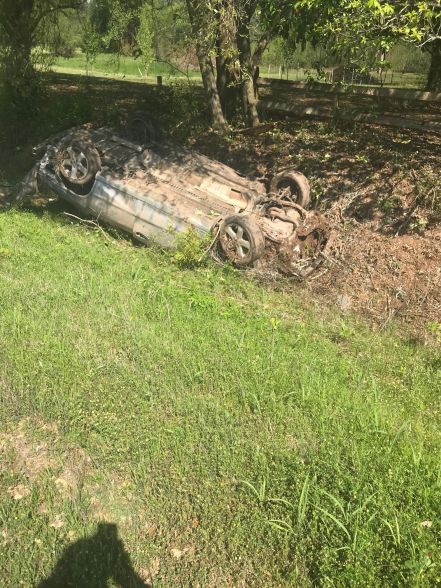 A young lady from Powhatan suffered moderate injuries in a single-vehicle crash on La. Hwy 480 north of Campti on Thursday morning according to the Natchitoches Parish Sheriff’s Office.
Thursday morning at approximately 11:17am, Deputies assigned to the NPSO Patrol Division, Louisiana State Police and Natchitoches Regional Medical Center EMS responded to a single-vehicle crash with injury in the 5300 block of La. Hwy 480 north of Campti, La.
Deputies say 23-year-old Donna Raye Hughes, of Powhatan operating a 2002 Acura was traveling westbound on La. Hwy 480 when she apparently lost control of the vehicle leaving the roadway on the right side striking a culvert, then a utility pole causing the vehicle to overturn in the ditch.
SWEPCO responded to the scene to replace and repair the utility pole and lines.
Hughes was transported from the scene to LSU Health Shreveport with moderate non-life threatening injuries.
Troopers assigned to LSP Troop-E Alexandria worked the crash.