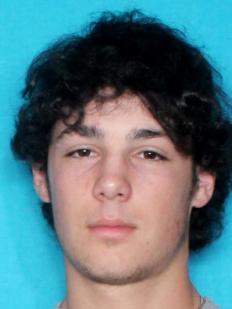 Cody Wayne Abbott, 18, was arrested and charged with one count of Indecent Behavior with a Juvenile. Bond was set at $ 10,000.00. Abbott remains in the VPSO jail.

Zachary Webster McAlister, age 20, of Pitkin, was arrested on an outstanding Bench Warrant. Bond was set at $ 1295.00. McAlister posted bond and was released.