McLaren recital set for February 5 | Around The Town 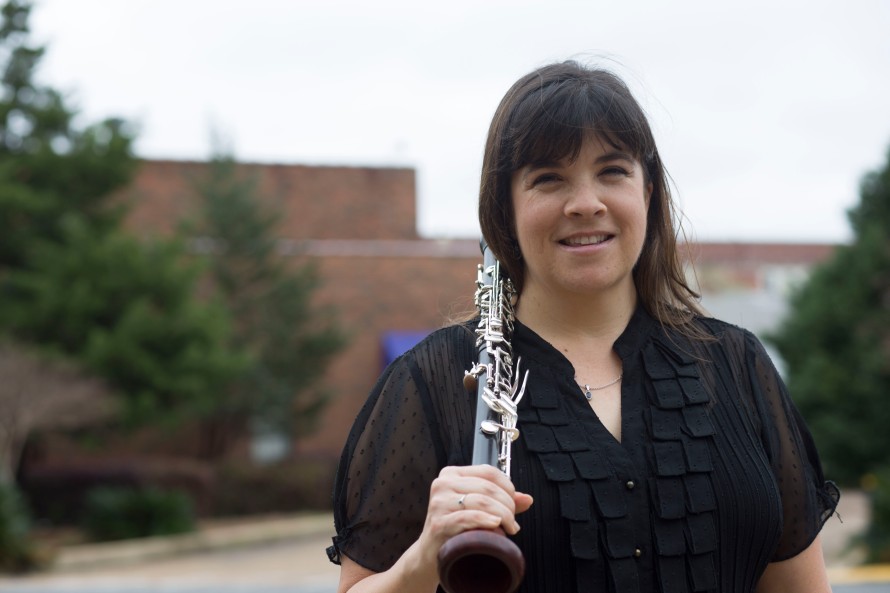 A faculty recital featuring Malena McLaren on clarinet and Chialing Hsieh on piano will be held at Northwestern State University on Wednesday, Feb. 5 at 7:30 p.m. in Mag ale Recital Hall. Admission is free and open to the public.

The recital will feature works by Gerald Finzi, Miguel Yuste and Serge Rachmaninoff.

McLaren is the department chair of music and professor of clarinet at Northwestern State. She is a D’Addrio artist and has performed orchestrally and as a chamber musician throughout the United States, Mexico, England, Slovakia, the Czech Republic, England and Spain. She performs regularly in solo and chamber music recitals and is a core member of the Rapides Symphony Orchestra.
McLaren was invited to perform and present her research at the 2015 ClarinetFest in Madrid, Spain and at the 2018 ICA ClarinetFest in Belgium. She was also asked to adjudicate the Young Artist Competition at this year’s ClarinetFest in Reno, Nevada. Her scholarly works include two articles in the International Journal, The Clarinet.
In July 2007 she received the second-place prize in the International Clarinet Association’s Research Presentation Competition at the ClarinetFest in Vancouver, Canada. McLaren has performed in recital at the 2008, 2010, 2011, 2012, and 2014 International ClarinetFest conferences and as a member of Trio de Llano at the 2009 National Flute Association Conference in New York City. In 2011 she received the Magale Endowed Professorship to perform and conduct archival research in Madrid, Spain. She served as coordinator of the International Clarinet Association Annual Research Presentation Competition from 2014-2016 and is the current Louisiana State Chair for the ICA.
McLaren received the Bachelor in Music Education and Master of Music degree in Clarinet Performance at The University of New Mexico where she studied with Keith Lemmons. Malena also studied with James Gillespie at the University of North Texas, where she received the Doctor of Musical Arts degree in Clarinet Performance with a minor in musicology.
An avid performer of contemporary music, Hsieh is devoted to promoting new piano solo and chamber works. Hsieh has been a featured pianist on seven CDs for the Centaur, Innova, Enharmonic and Ballpark labels. She joined NSU’s faculty in 2016 as an assistant professor of collaborative piano. In the summer, she is the piano instructor at the Lutheran Summer Music Festival and Academy and the Sounds of Summer Institute. Hsieh earned her bachelor’s degree from the National Taipei University of the Arts and a master’s and doctorate in piano performance at the University of Cincinnati, College-Conservatory of Music.