Jacksonsville man charged with murder in child death | Around The Town 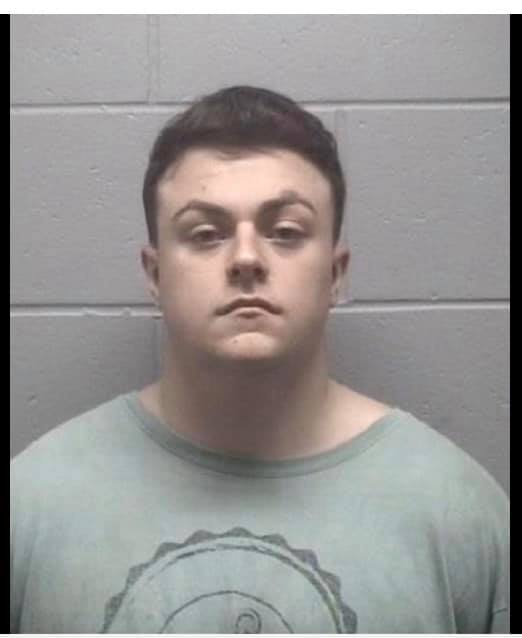 A Jacksonville man has been charged in connection to the death of a child on New Year’s Day.
Ricardo Montesinos, 24, of Ravenwood Drive, was arrested by Jacksonville Police Department and charged with an open count of murder, according to a Jacksonville Public Safety news release.
Montesinos remained in the Onslow County Jail Saturday with no bond.
According to the news release, Jacksonville police responded to Ravenwood Apartments on Jan. 1 in reference to a medical call. First responders attempted emergency life-saving measures on the two-year-old child, but were unsuccessful.
Police conducted an investigation and consulted with the district attorney’s office about the incident.
Lt. Richard Kellum said the arrest warrant was issued late Friday night and Montesinos was arrested soon after either late Friday or just after midnight Saturday.
The arrest warrant states Montesinos “unlawfully, willfully and feloniously did of malice aforethought kill and murder Annaley Ratliff.”
Kellum said the medical call was to Montesinos’ apartment but police did not say his relationship to the child or the type of medical call.

“It is still an active investigation and no further details are being provided at this time so as not to jeopardize the investigation,” Kellum said.
JPD is working with the Naval Criminal Investigative Service due to Montesinos being active-duty military.
According to 2nd Marine Division Communication Strategy and Operations Officer First Lt. Dan Linfante, Seaman Montesinos is a 2d Marine Division hospital corpsman who enlisted in the Navy in January 2017, graduated in March 2017 from the Navy’s Recruit Training Command at Great Lakes, Illinois and graduated from corpsman school in July 2017 at Fort Sam Houston, Texas.
Linfante said th. ey are aware Montesinos has been charged for his alleged involvement in the death of his fiance’s young child.
“If substantiated, such conduct is inconsistent with the exceedingly high standards of the United States Marine Corps and the United States Naval Service, and would not represent the honorable behavior of the vast majority of the Division’s 17,000-plus Marines and Sailors,” Linfante said.
Montesinos is scheduled for a first appearance in Onslow County court on Jan. 6. The victim, two year old Annaley Ratliff is the daughter of Erin Ratliff. Grandparents are Greg and Hannah Friedman of Natchitoches