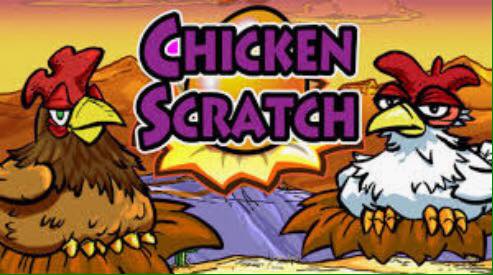 Around The Town Disclaimer:

Any views and comments published in this weekly paid column are those of the writer of the column and not the expressed views or opinions of Tommy O’Con, the Publisher/Editor of Around The Town

Good morning from the chicken coup!  Mr. Chicken and the hens were up early today still cackling about the election results.  Mr. Rooster has been upset about the governors election and blames the win by John Bel Edwards on the massive vote hauling effort in New Orleans.   He says there was a lot of money handed out for vote hauling and canvassing which can affect the results of any election in Louisiana.  This was once the way it was done down there and maybe they are finally getting re-organized down there since the hurricane caused many to leave years ago.
Our local results in Natchitoches and Sabine Parishes were somewhat surprising.  The hens were talking about the parish presidents race all weekend.  They were cackling this morning that they were not surprised by the large victory by our friend John Richmond.  Early on, when the Waskom mailers arrived in mailboxes, you could tell on our Chicken Scratch facebook page that many birds did not like or appreciate the negative nature of the content.  As the campaign unfolded, we birds were clucking that Waskom must be behind because of the continuation of the negative material, notably the video secretly taken by Linda Vance, the wife of Bill Vance of the Journal.  The lawsuit by Alan McMurtry did not help the Waskom campaign because other birds we know saw it as a non issue.  All of this because of a purchase of $1200 worth of gravel that went on parish roads and in which no one gained financially.  We birds also noticed the narration of the video and it was evident of the bias in the publishing of this and the fact that it was connected to the Waskom campaign.  We birds congratulate John Richmond for staying the high road and being positive the entire campaign.  It certainly paid off.  Bring us some scratch John!
The two council races had some surprises.  First, Justin Lester ran Marty Cheatwood one heck of a race and it ended up with a nine vote margin.  Congratulation to both and we birds think we will hear Justin’s name in the future.
The race between Russel Rachal and John Salter was somewhat of a shocker.  John spent seemingly no money on the campaign and it was apparent the voters in the district were ready for a change.  Rachal’s vote recieved in the first primary showed an upset in the making since he was not close to a majority as an incumbent.
We birds are now wondering what type chemistry the new council will have and if they will finally be able to work together. It is going to be interesting on how the council now votes and if there will be another attempt to go back to the police jury form of government.  The voters of the parish will be watching as they have been reluctant to pass any new revenues for roads.  Mr. Rooster thinks that if they can get together and work together, the people in the parish will be wiling to provide more revenue for roads.  We have our chicken feet crossed that this will happen.
Over in Sabine Parish, we were surprised at the margin of the victors.  Mr. Rooster had flown over and met with Mr. Red Rooster last week and came back to the coup telling the hens that Mr. Tidwell and Mr. Mitchell would be winners.  What he did not say was how big the margins would be.  It was evident by the vote that Sabine Parish was ready for change.  Mr. Ellzey, the other candidate for Assessor is well respected in the parish, but had been assessor and many believed he had served and they wanted to give a new guy a chance.  Sheriff Richardson was also respected, maybe not a politician and very low key.  A fine Christian man, but again, the voters seemed ready for change.
We birds are happy the elections are over.  We hope to bring you some news on other topics and we hope you will continue to read Chicken Scratch.  We think you will find some interesting reading in the coming weeks about issues that affect everyone.
Have a great week from all us birds!
Mr. Chicken