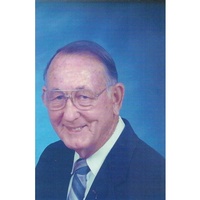 Funeral services for Thomas Warren Stephens, 91, will be held at 11 am on Wednesday, February 28, 2018, at Blanchard-St. Denis Funeral Home in Natchitoches with Rev. John Elliott and Rev. Dean Johnson officiating. Interment will follow at Oak Grove Methodist Cemetery in Natchitoches.  The family will receive friends from 10 am until the time of service on Wednesday, February 28, 2018.

He was born on October 11, 1926, in Natchitoches, Louisiana, to Walter Lee Stephens and Allie McDonald Stephens. He passed away on February 24, 2018, in Natchitoches, only eleven days after the passing of his wife of 70 years, Bobbie Fay Bailey Stephens. They were married on February 8, 1948, in her hometown of Drew, Mississippi.

Mr. Stephens served in the United States Army from 1952 to 1954, after which time he transferred to the United States Army Reserve until his honorable discharge in 1960.  Prior to and following his active military service, he was employed with Natchitoches Coca-Cola Bottling Company for 40 years, working his way up to route supervisor at the time of his retirement when the Natchitoches bottling plant closed in 1990.

At the time of his death, Mr. Stephens was a member of Emmanuel Baptist Church.  He was also a former member of Coldwater Baptist Church.  For many years, he faithfully served his church family as a deacon, song director, and Sunday school superintendent.  His favorite pastimes included visiting with folks, mowing his lawn, and sitting on his patio gazing out across Sibley Lake.

The family expresses sincere appreciation to the staff of Natchitoches Community Care, Dr. Otis Barnum’s office, and Hospice of Natchitoches for their loving care of both Mr. and Mrs. Stephens in their last months.